Menu
FROM THE HARBORSIDE BLOG

Why We Don’t Say Marijuana

Why do we use the term “marijuana” sparingly? The answer lies in the roots of the phrase, and our dedication to changing the perception of cannabis to one of wellness and healing.

We prefer to use the word cannabis, because it is a respectful, scientific term that encompasses the many different uses of the plant.

The word “marijuana” or “marihuana” is an emotional, pejorative term that has played a key role in creating the negative stigma that still tragically clings to this holistic, herbal medicine. Most cannabis users recognize the “marijuana”  as offensive, once they learn its history.

The “marijuana” term began as a Mexican folk name for cannabis, but was first popularized in the U.S. by the notorious yellow press publisher, William Randolph Hearst. Hearst was a racist, as well as being committed to the prohibition of marijuana, which threatened his timber investments. He used his control of hundreds of newspapers to orchestrate a vicious propaganda campaign against cannabis, which featured lurid (and false) stories about black and brown men committing outrageous acts of murder and mayhem.

That campaign played on then-predominantly racist public opinion to make cannabis illegal at the federal level in 1937. Since then, “marijuana” has come to be associated with the idea that cannabis is a dangerous and addictive intoxicant, not a holistic, herbal medicine for helping people deal with the effects of cancer, AIDS, wasting syndrome and other conditions. This stigma has played a big part in stymying cannabis legalization efforts throughout the U.S.

Language is important because it defines our ideas. Words have a power that transcends their formal meaning. When we change words, we can also change the thoughts that underlie them. By changing the words we use to describe cannabis and herbal medicine, we can help our fellow citizens understand the truth about it, and see through the decades of propaganda.

That understanding will convert cannabis opponents into supporters, and bring closer the day when all our prisoners go free, and nobody else is ever again arrested for using or possessing “marijuana.”

Harborside provides safe access to adult use cannabis for anyone age 21 and up. We also offer free, discreet delivery and secure online ordering.

Join Tops today and start earning points with each purchase! 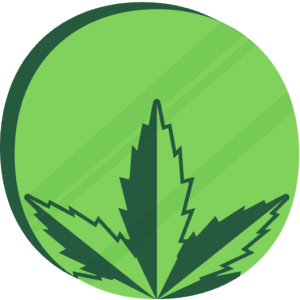